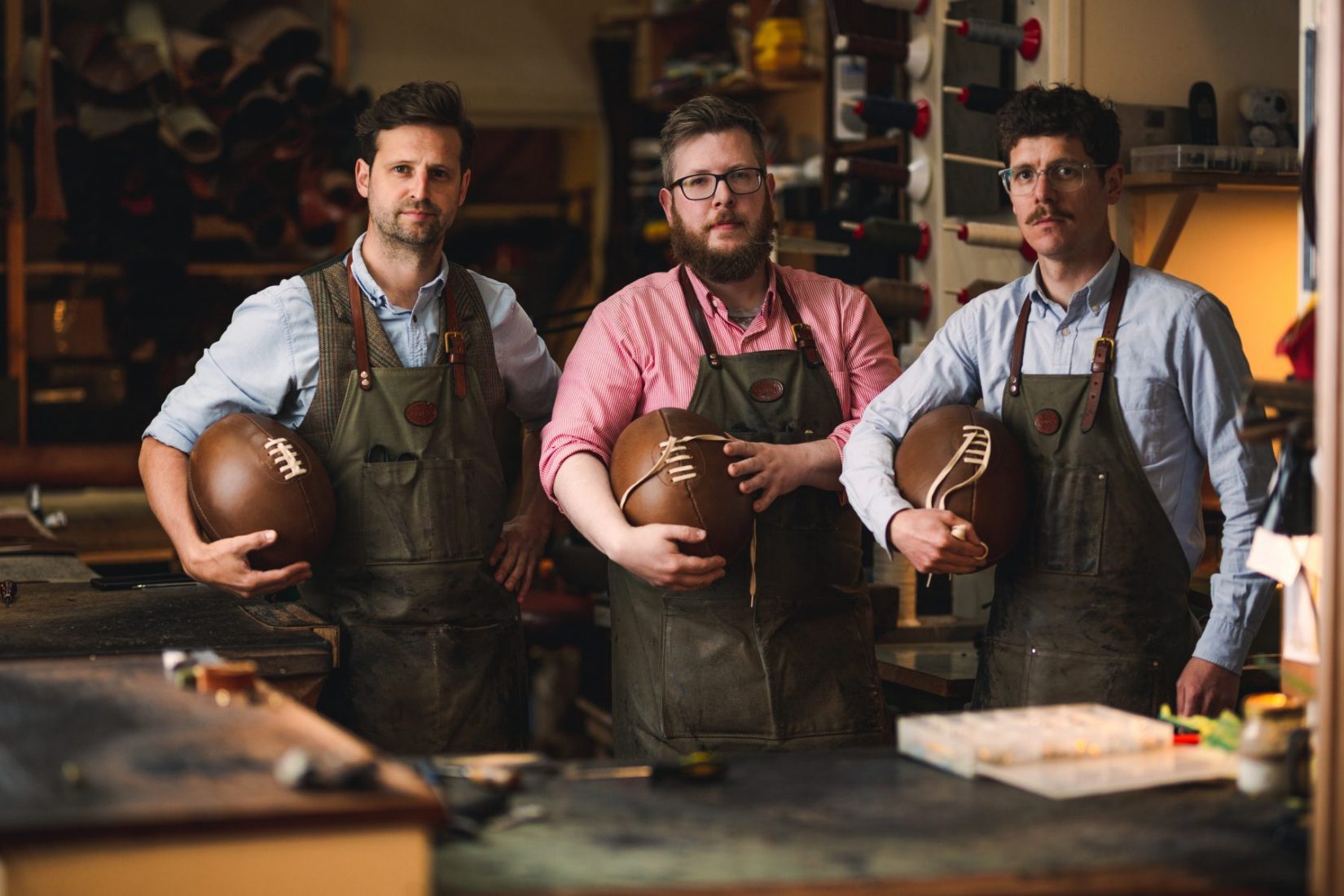 Instead of working leather for bags, belts and briefcases, the team have taken on an historical replication project; recreating the rugby ball used in the first ever international game of rugby, Scotland Vs England, in Edinburgh 1871. 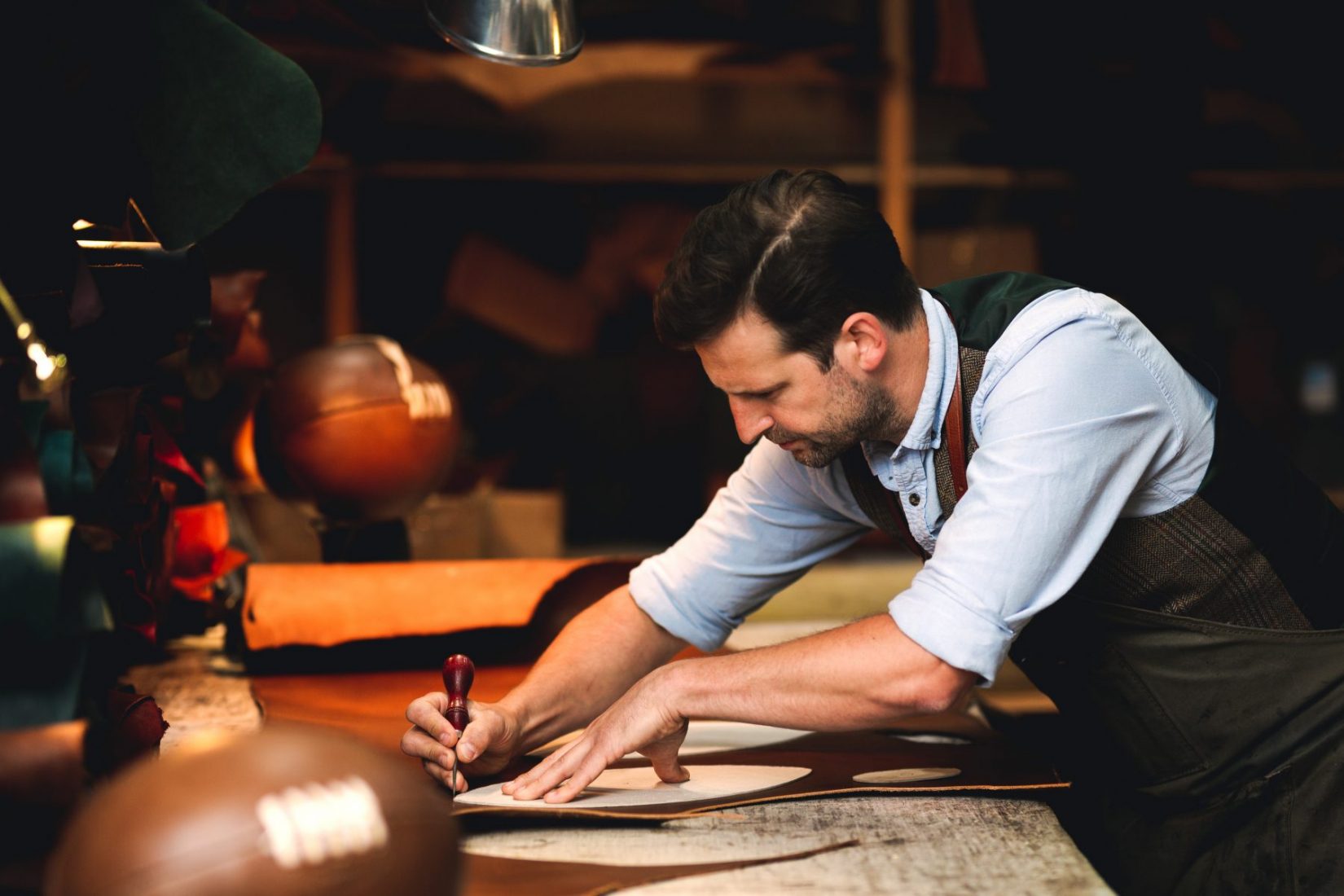 The match marked the beginning of the Calcutta Cup, and will be recounted in a new feature documentary ‘The Great Game’. The hour-long official documentary film will tell the incredible true story of the world’s first international game of rugby, Scotland Vs England, played on the 27th March 1871 at Edinburgh’s own Raeburn Place.

As part of the documentary, there will be a reenactment game between past and present English and Scottish players on Sunday 22nd August, 2021. The players will be wearing original kit from the 1800’s, and – here’s where Mackenzie steps in – playing with the Mackenzie Leather replica ball.

“It’s been a fascinating learning experience, with the rugby balls getting better and better with each one we make.

A real team effort with all of us working together to understand and figure out how to make them.” 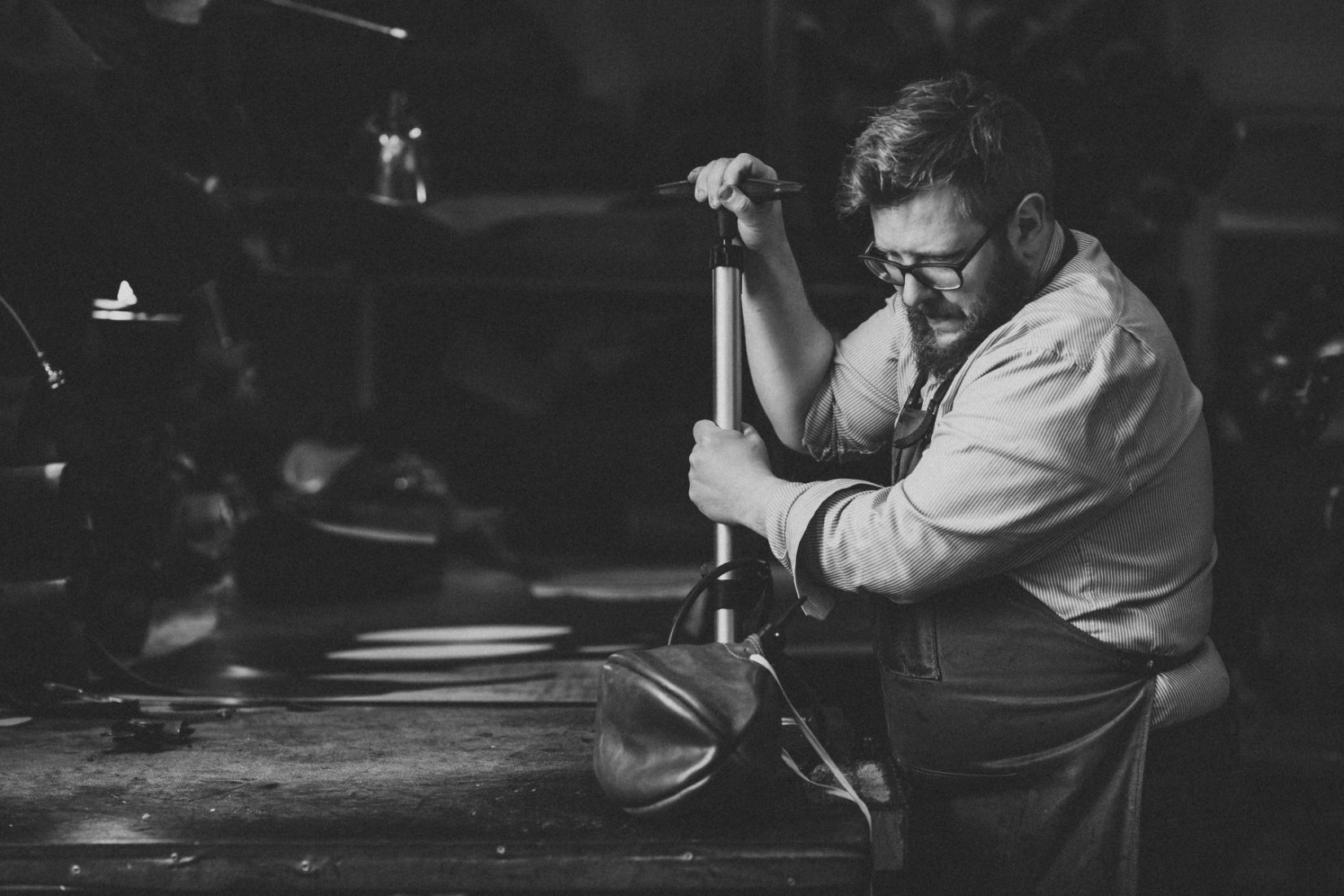 “With very little information or pattern to work from, we really had to put our heads together to problem solve!” 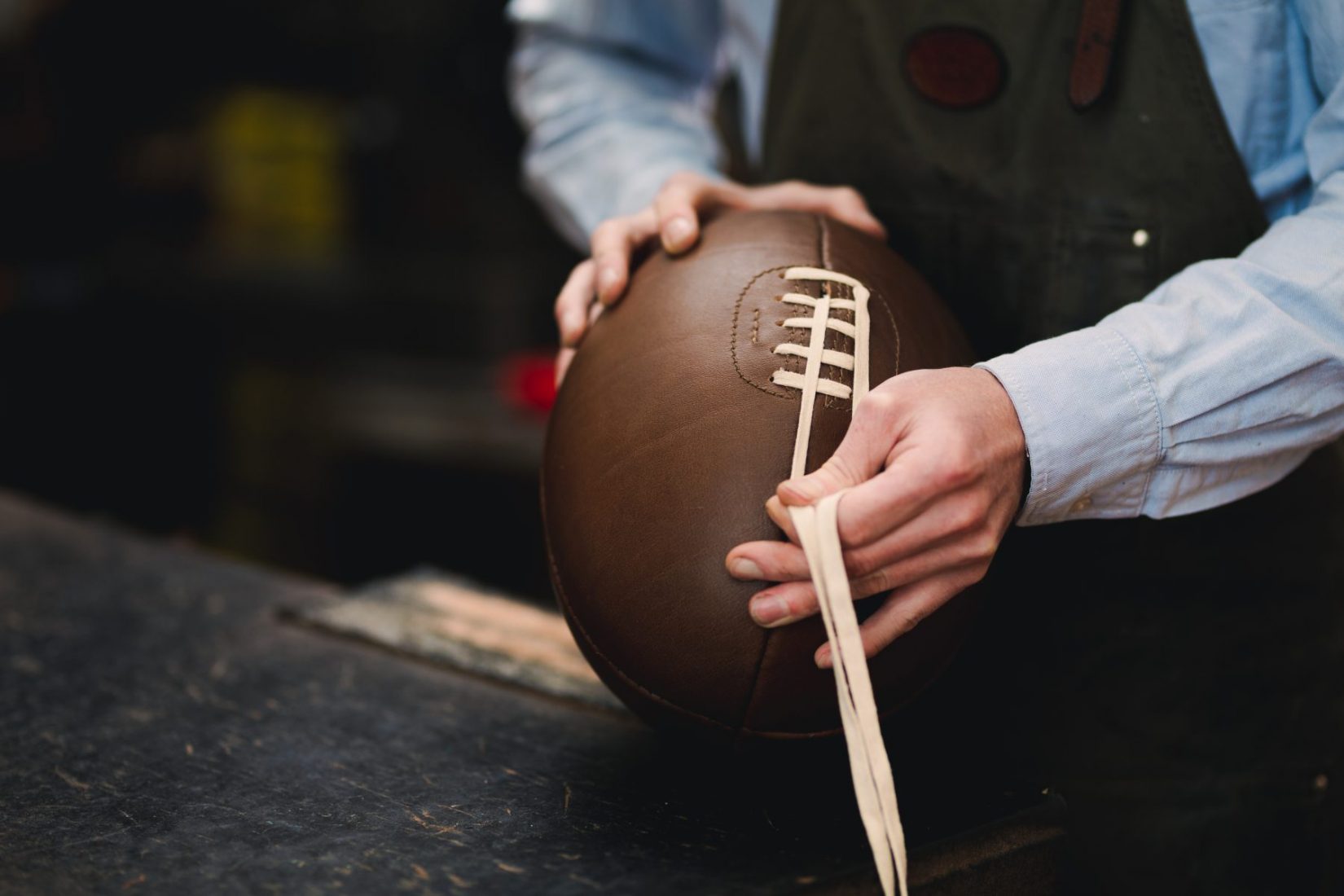 “For me personally this has meant a lot as I used to play rugby from a very young age. My Grandad was an inspirational figure in this for me, taking me to play every Sunday. After playing for country and district, even travelling to compete in France, a wrist injury took me out of the game.

But the love and the passion survived.” 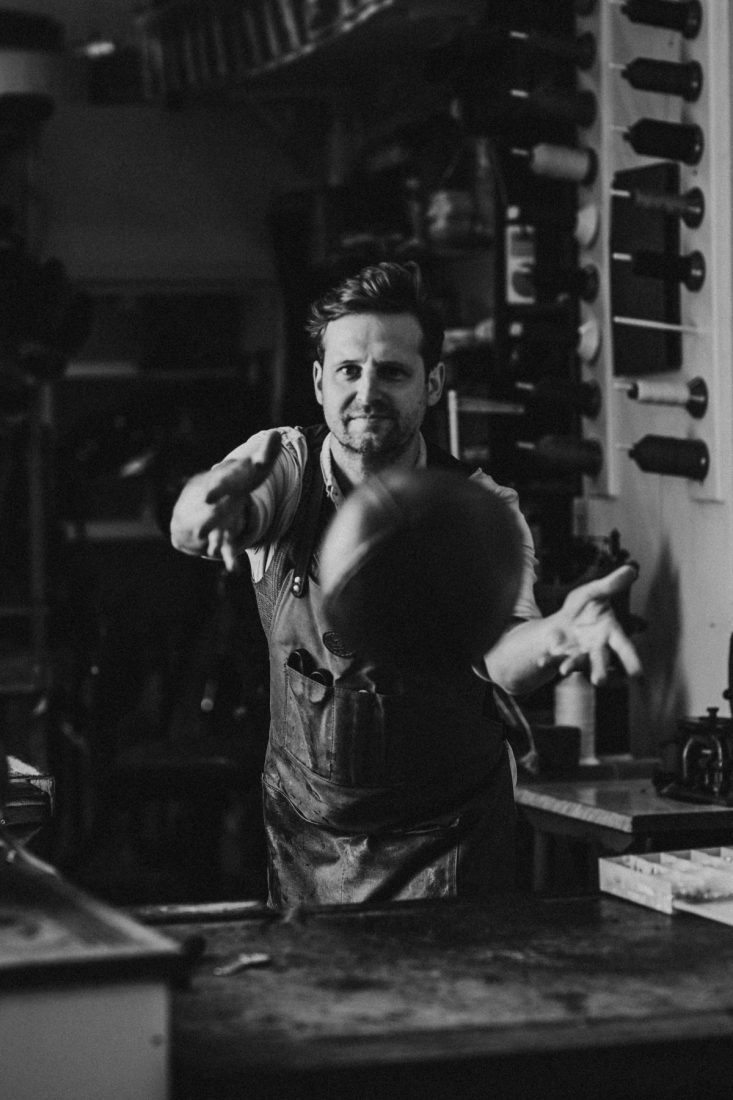 ‘The Great Game’ documentary is being filmed and edited by the award-winning director Magnus Wake, and presented by Richard Bath. After the game on Sunday 22nd August, our ball will go on permanent display in the forthcoming Museum of International Rugby in Stockbridge. 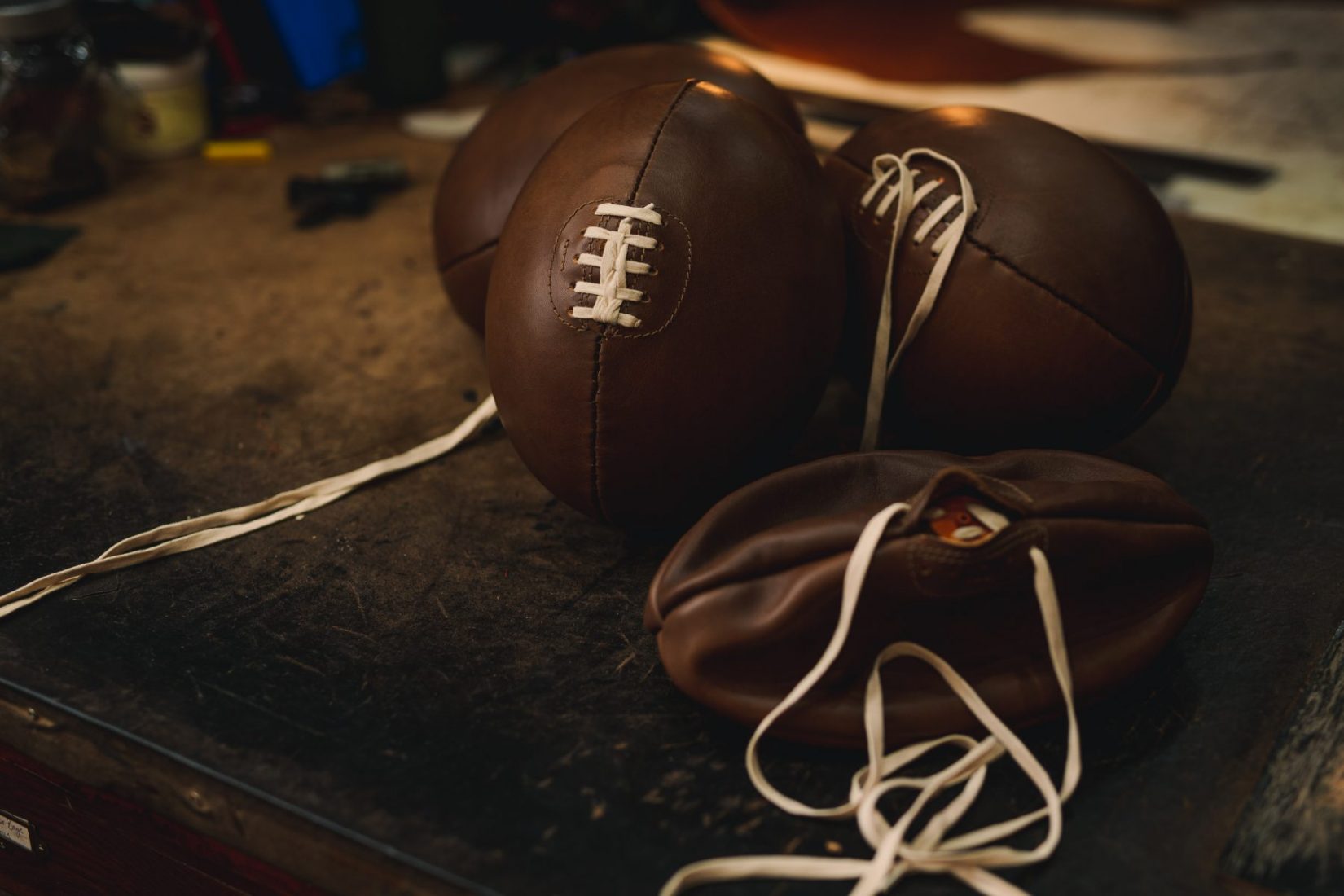 Want to know more? Drop in and meet the team in our Old Town workshop and showroom, and see other unique handmade leather pieces. 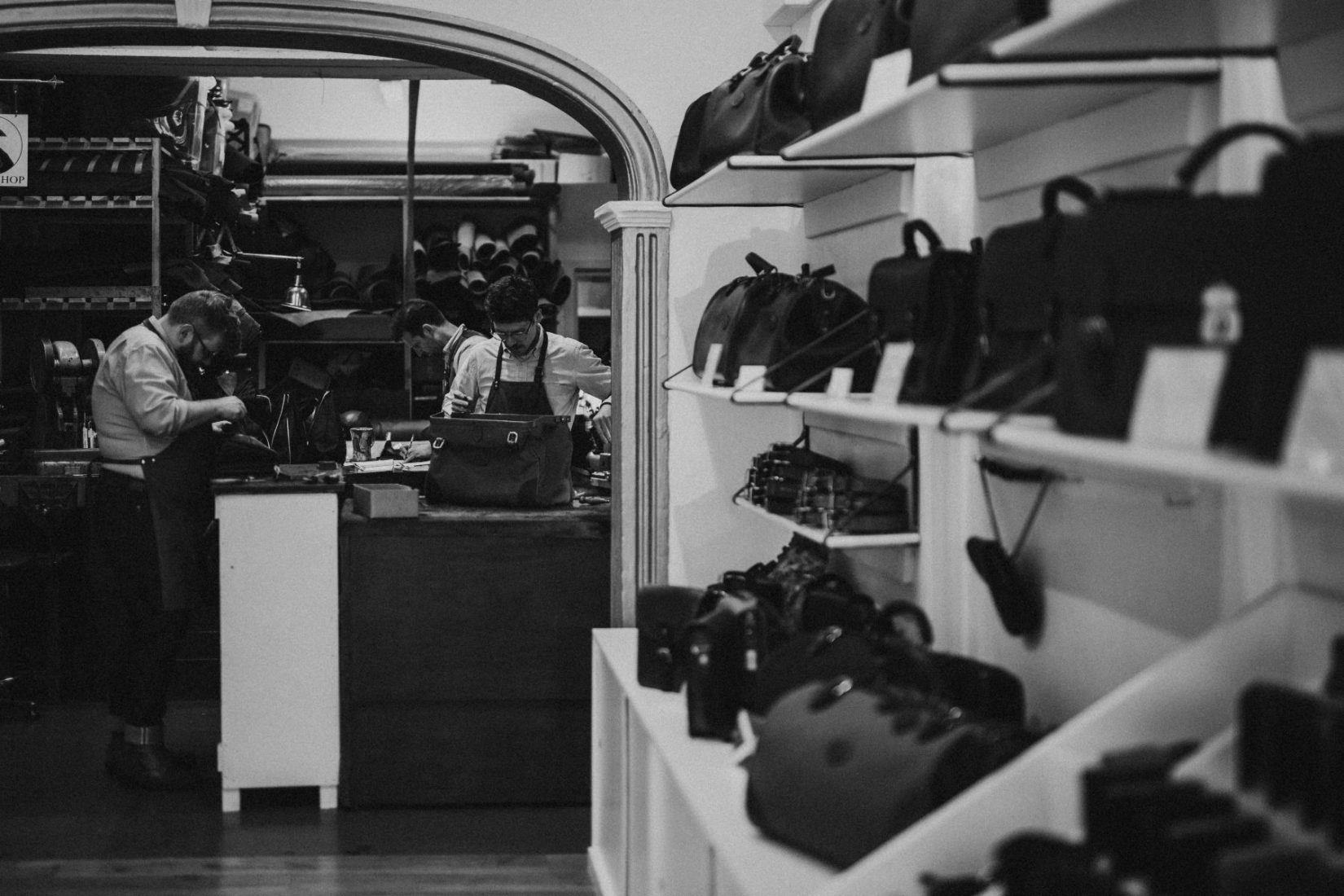 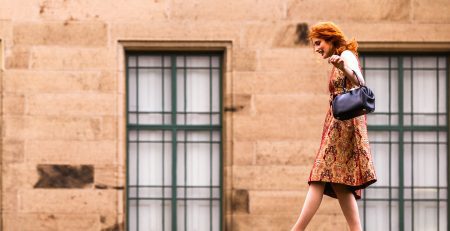 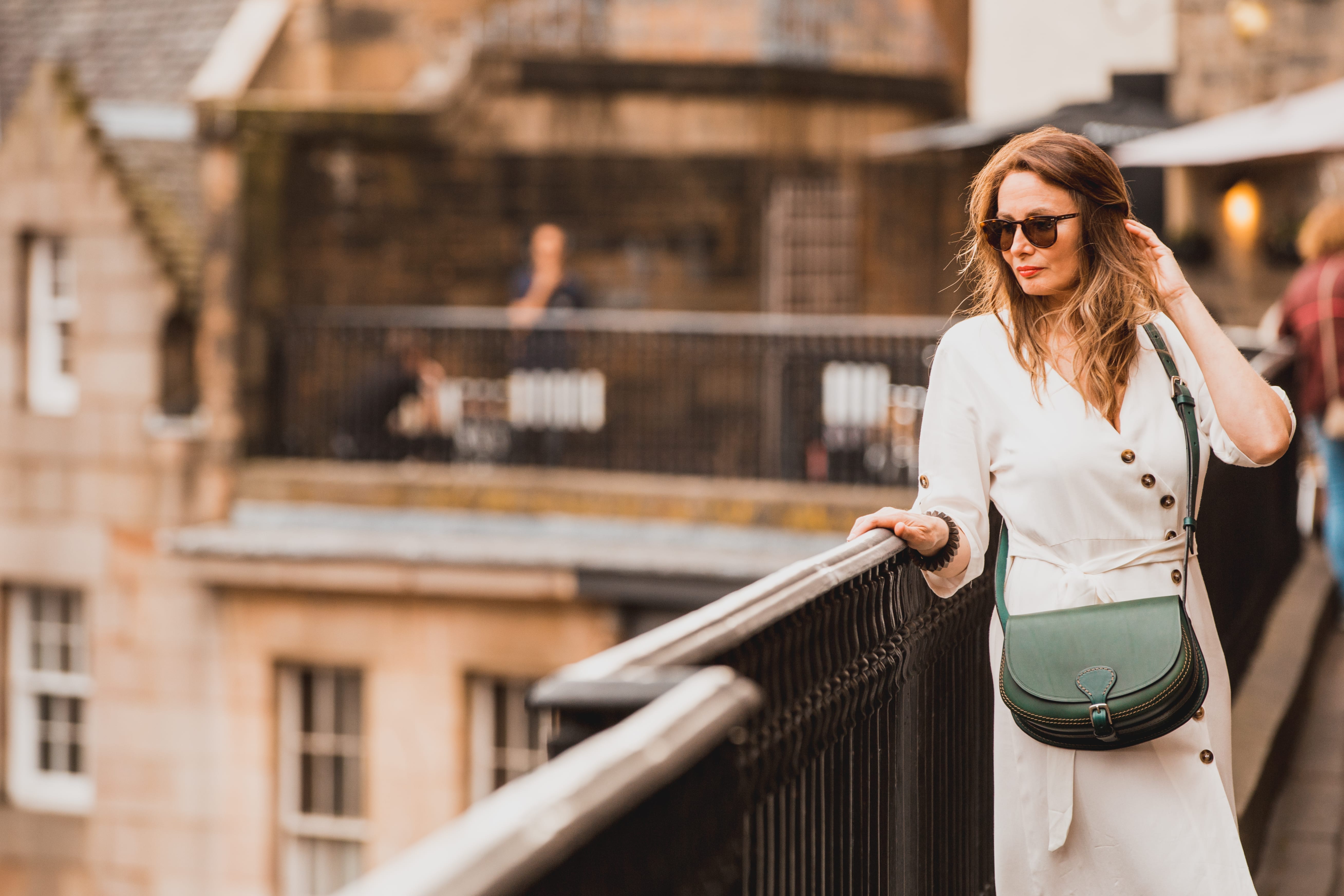 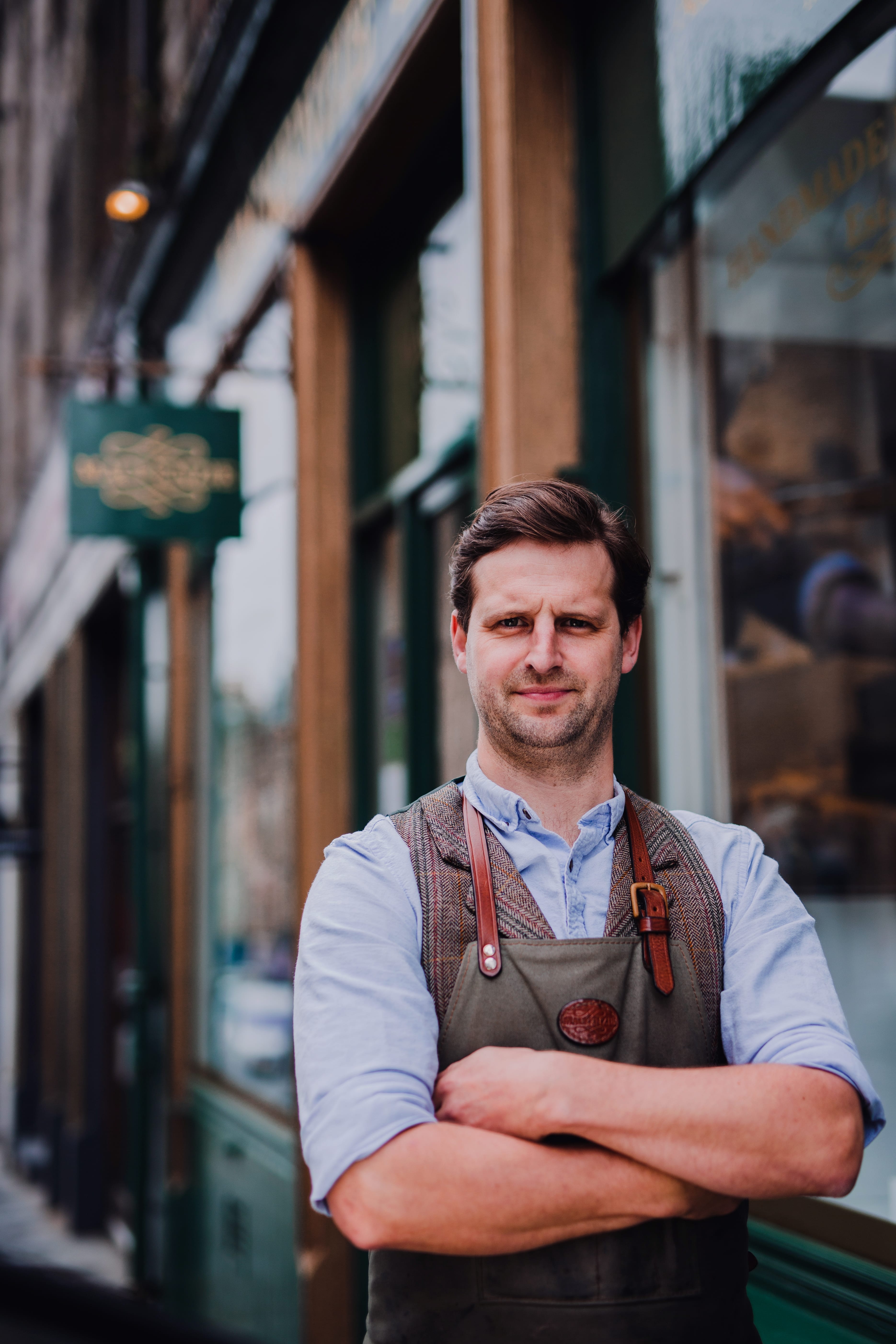 MacKenzie Leather - Our Story When Simon Harvey-Potts graduated from a degree in film and photography, he decided, like most... read more 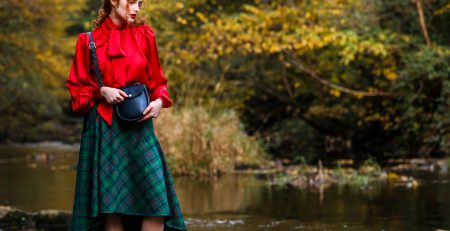 The date is finally set for the largest catwalk event dedicated to Scotland’s fashion industry. Join us as we... read more 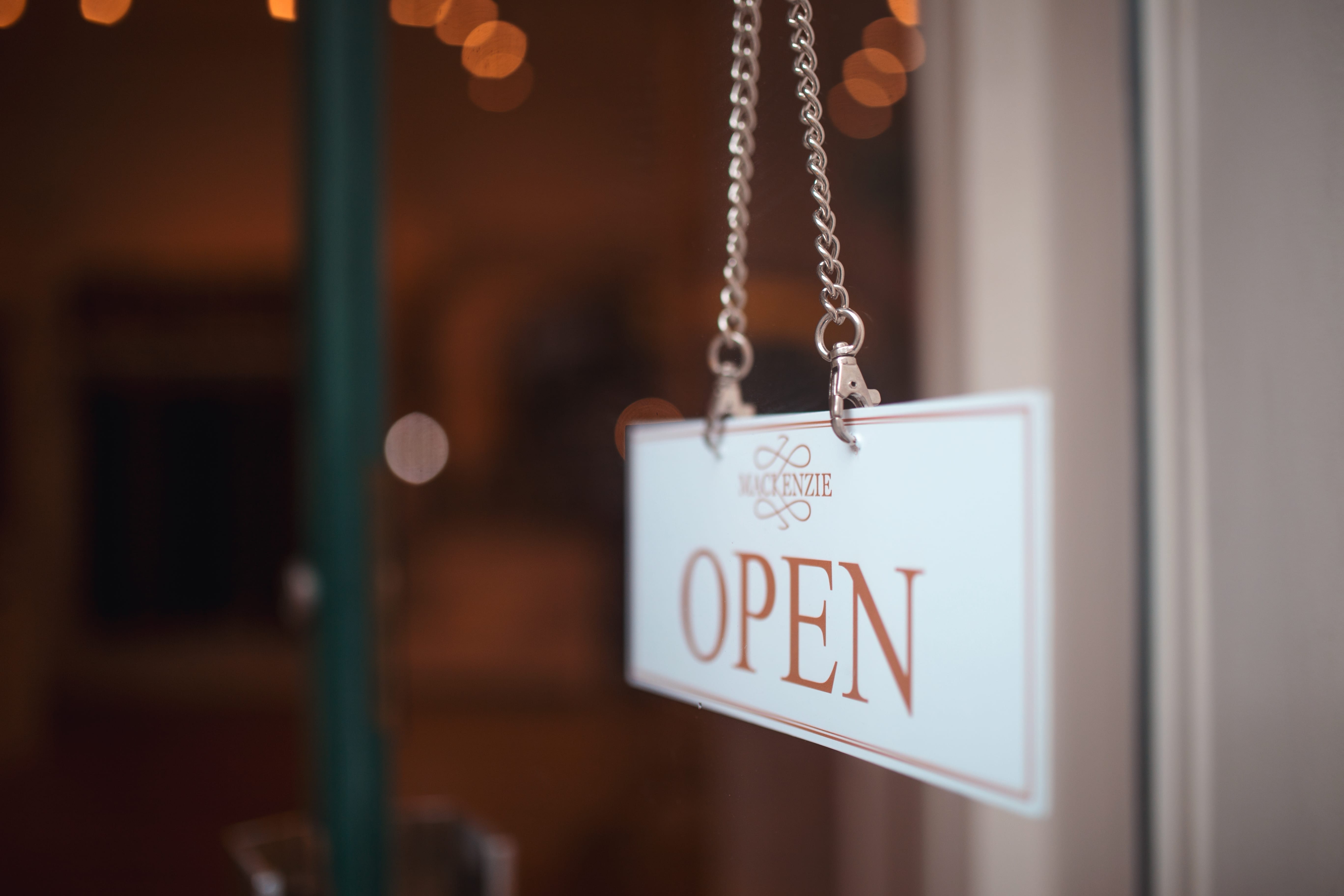 MacKenzie Leather - We're Open As lockdown eases across Scotland, our showroom doors are re-opening to the public. With a... read more 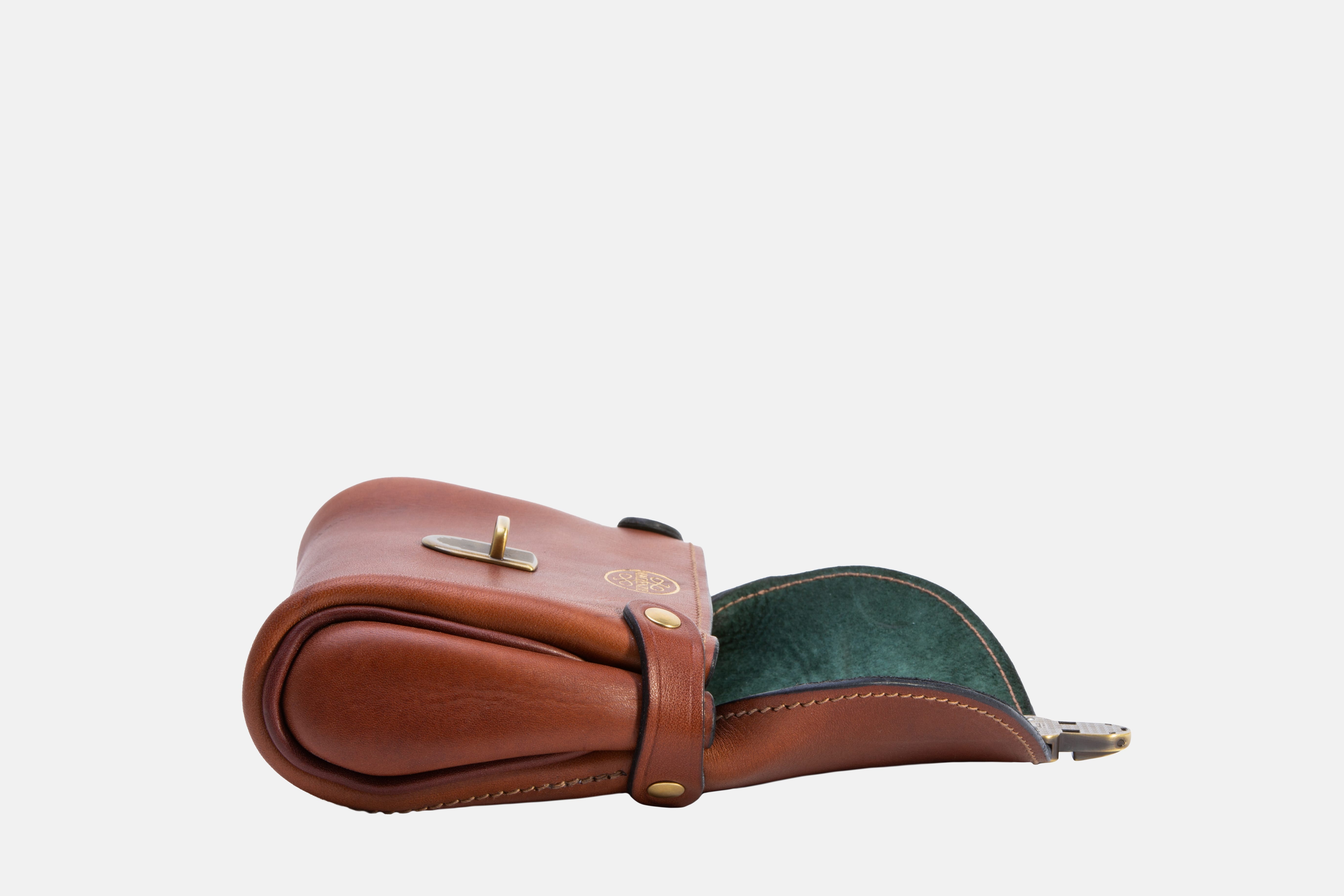 What is inside a MacKenzie Bag? Take a look inside our contemporary Mackenzie collection from the comfort of your home... read more 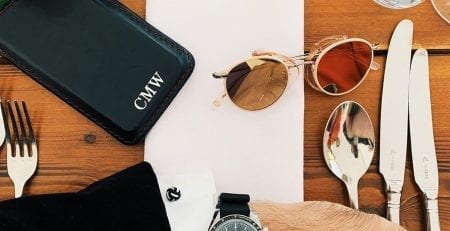 Guide: What it’s like to buy bespoke with Mackenzie

Buying Bespoke From MacKenzie Leather Although we offer a wide range of handmade goods ready to collect off the shelf,... read more 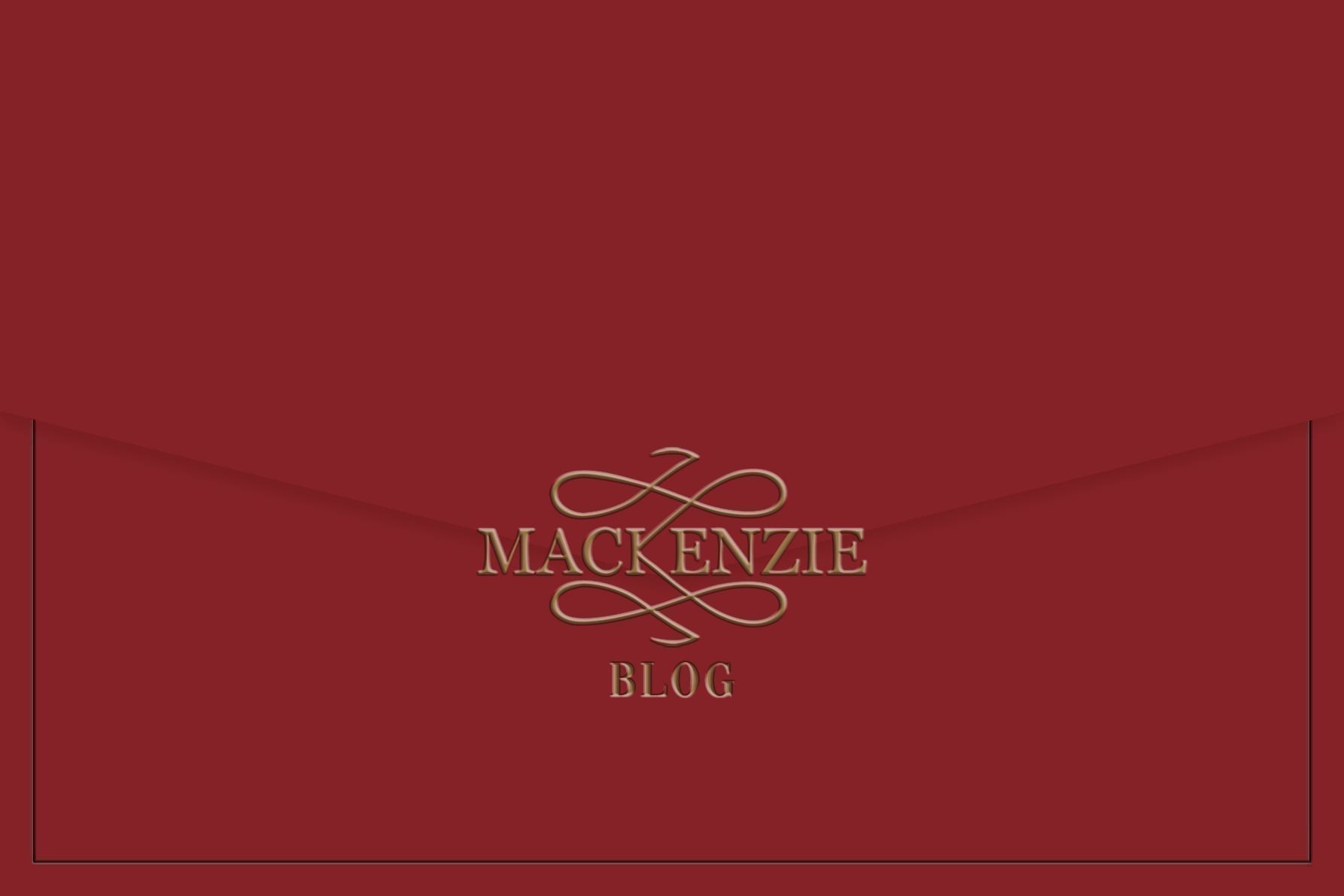 Chinese New Year with MacKenzie Leather February is a big month of festivities. And here at Mackenzie, we know the... read more 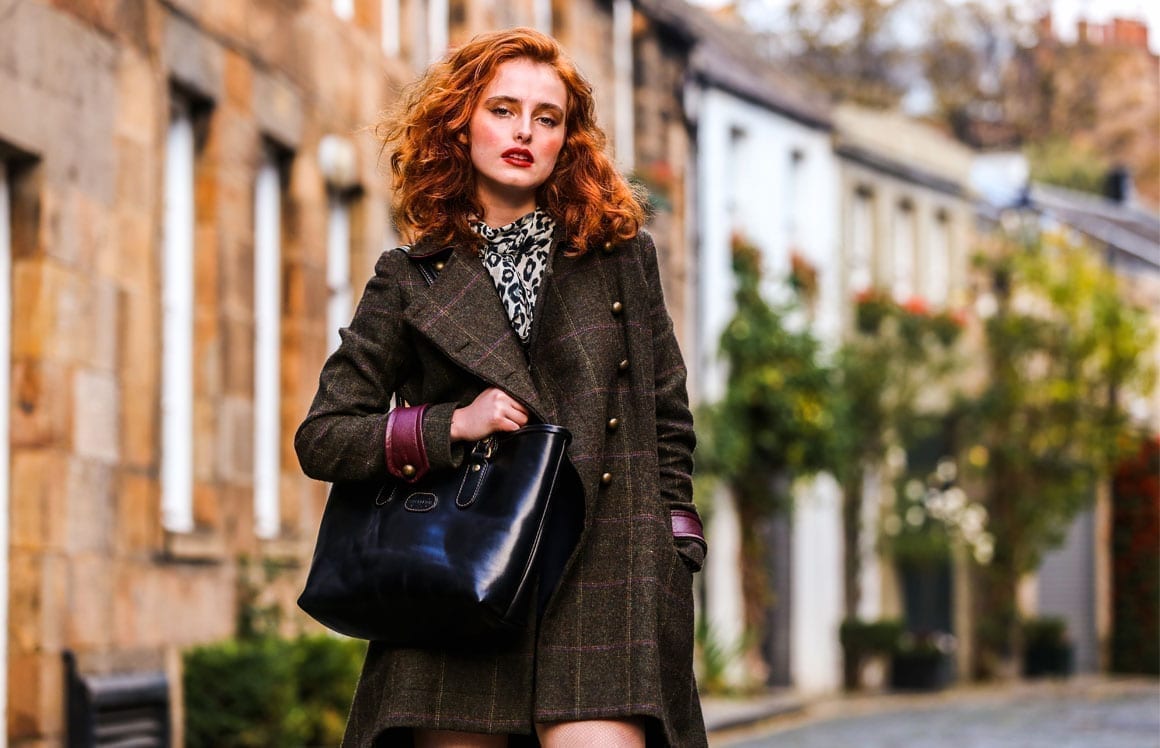 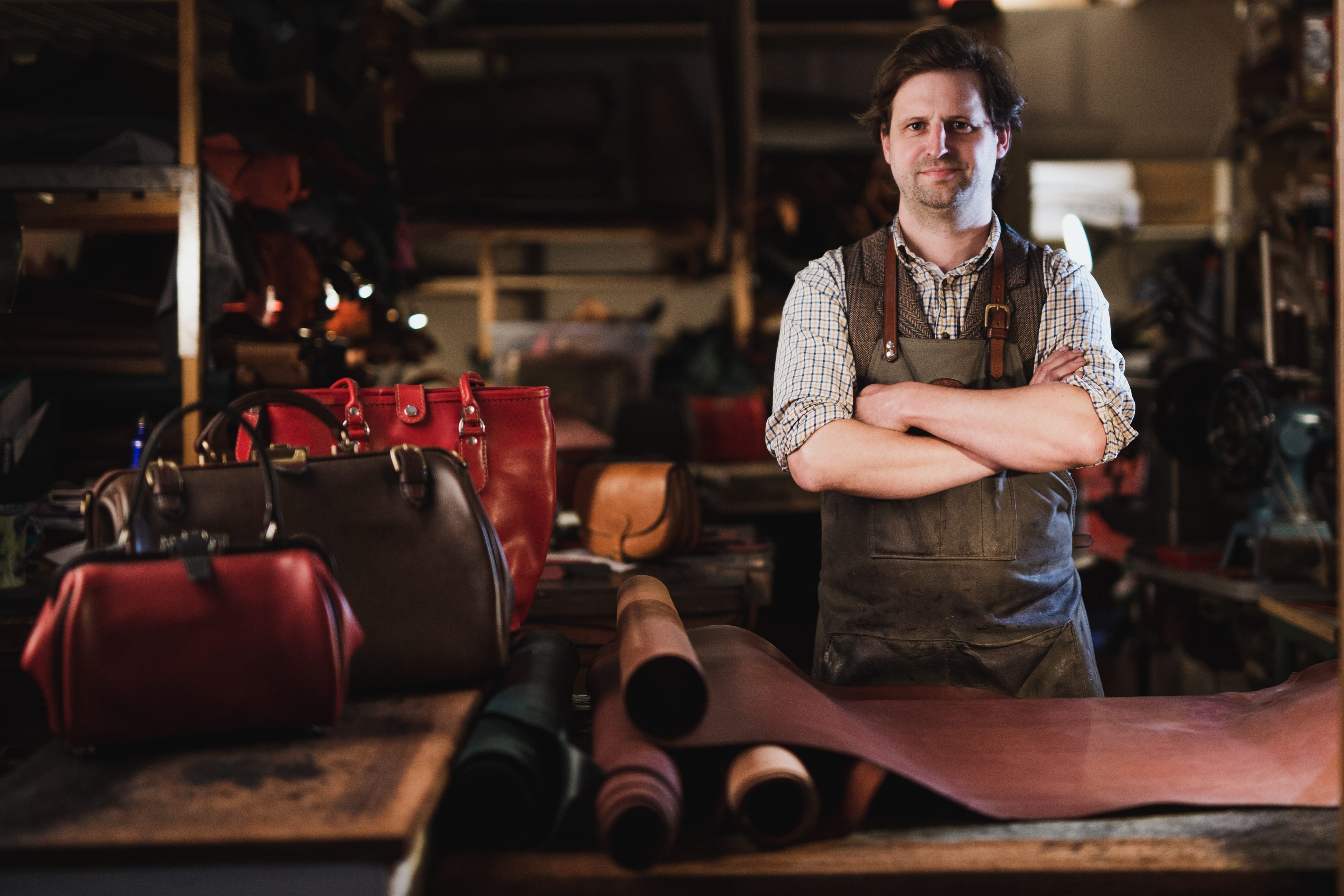 Editorial: A Sporran Fit for a Highland Elopement

NEW: Introducing The Holyrood, The College Tote & The Canvas Satchel