Our passion, motivation and inspiration comes from crafting the highest quality leather goods from the finest

Mackenzie Leather Edinburgh was established in 1990 and has spent the past 30 years as purveyors of the finest quality leather goods, made by hand and made in Scotland.

Simon Harvey-Potts, our dedicated Master Craftsman, has developed the name into the brand you see today. 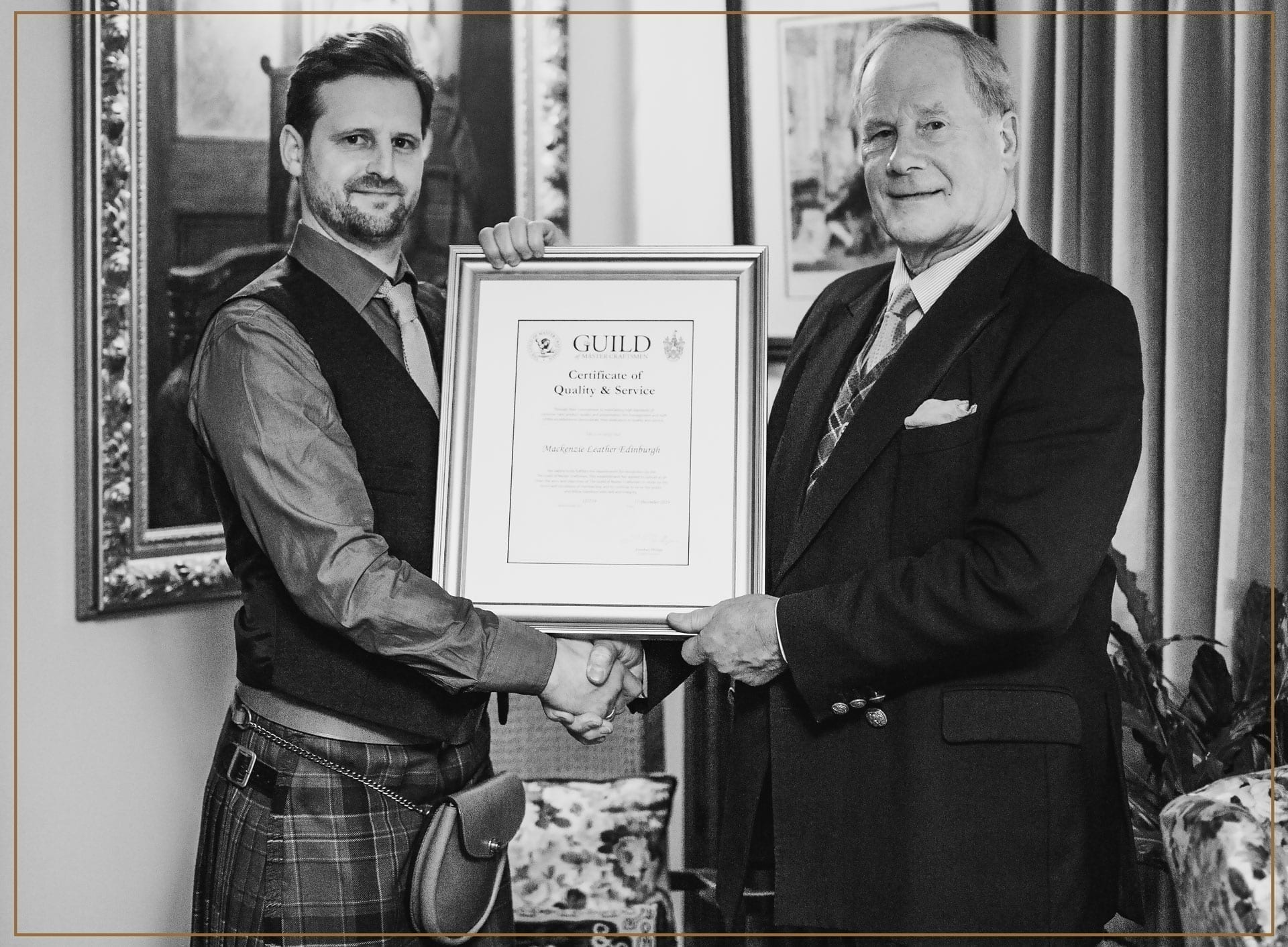 Simon Harvey Potts officially joining “The Guild of Master Craftsmen” with The Much Hon. D. W. Paisley of Westerlea in 2019 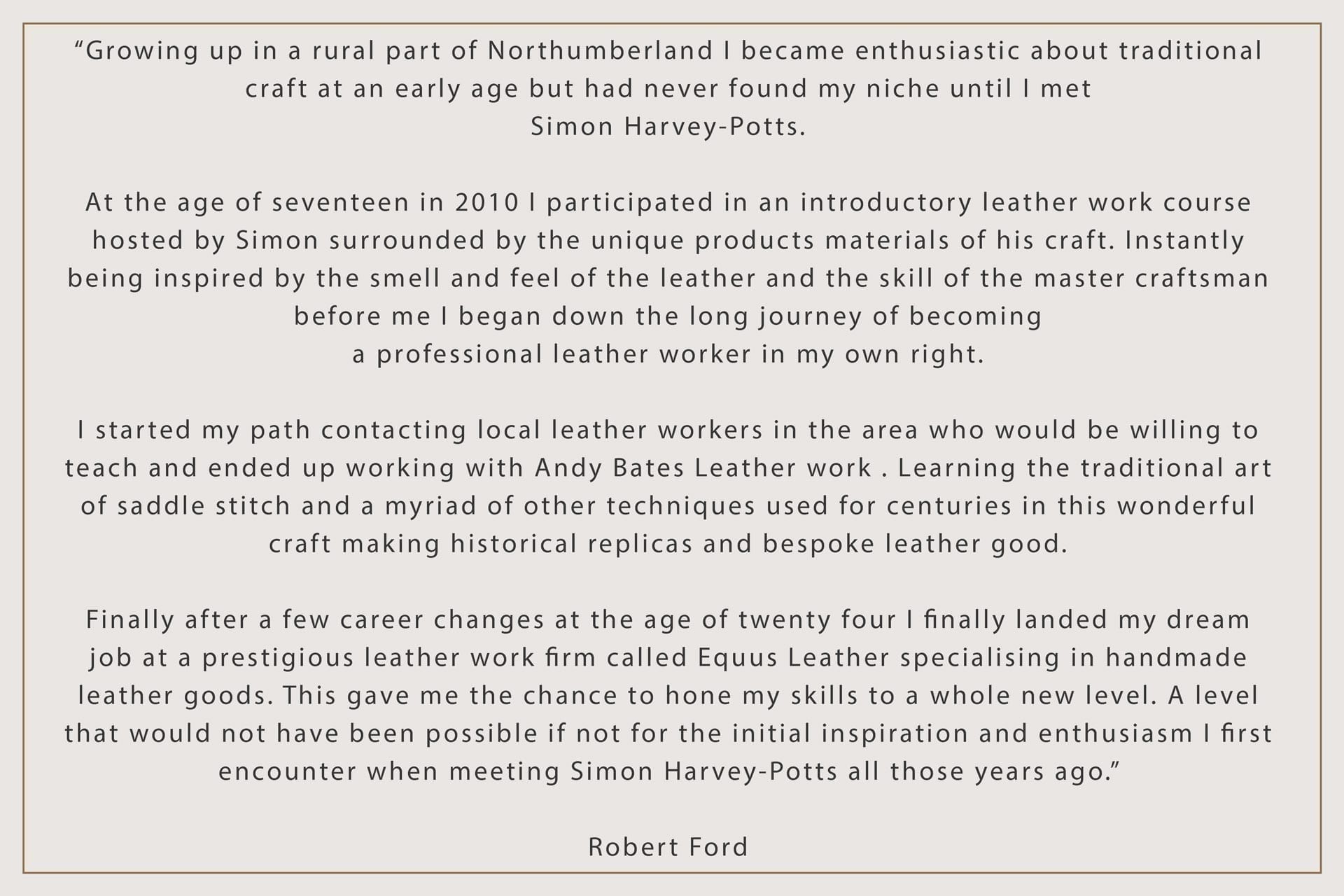 The Mackenzie team now in charge of production and day-to-day running of the shop is a close-knit duo – Edward Fernley and Andrew Dunn. Similarly to Simon, all are learning through hands-on experience, approaching the work from a variety of individual areas of skill to become the latest experts in the field of leather craftsmanship.

In these modern days, we’re finding new ways to grow our business. For that reason, we have recently welcomed to our Mackenzie Team Gillian Zhihong Dong, a professional in communication who is our inspirational Chinese Social Media Ambassador.

Here is your discount code REVIEW10 . Add this at checkout for 10% off your next order.

September leads NEW Beginnings! Get 15% OFF on any of our luxury items, code: newbeginnings-15 valid until 11/10/2021 Dismiss