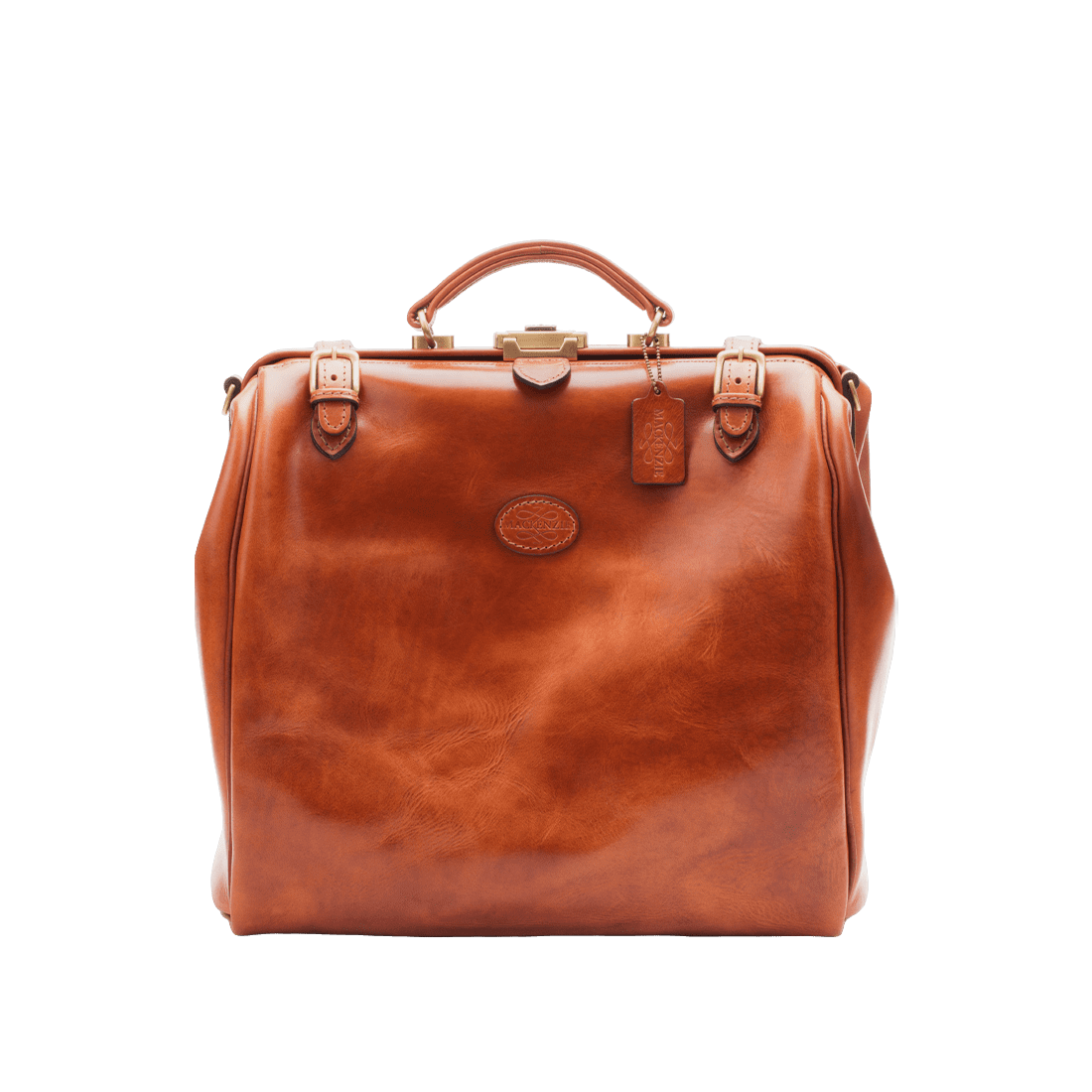 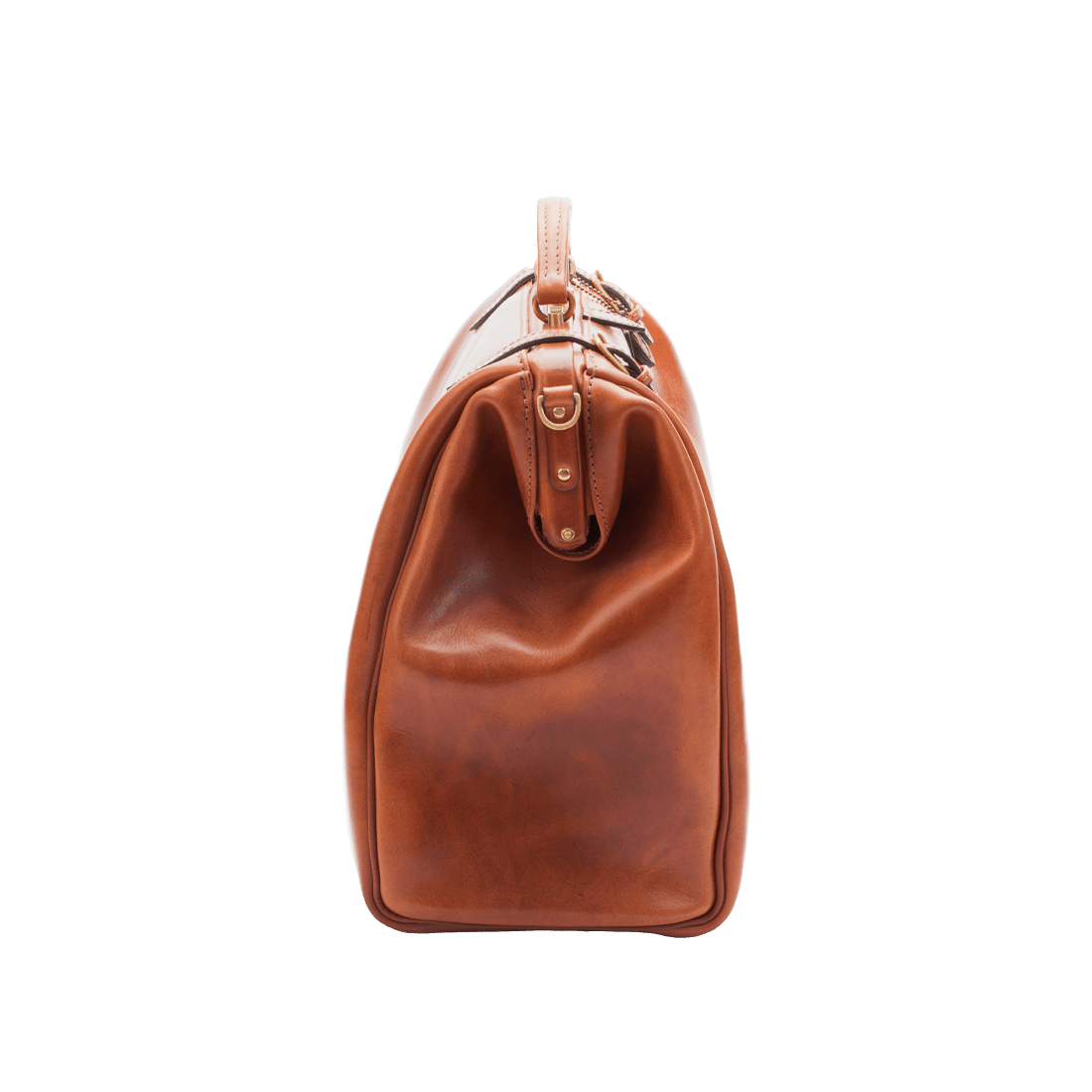 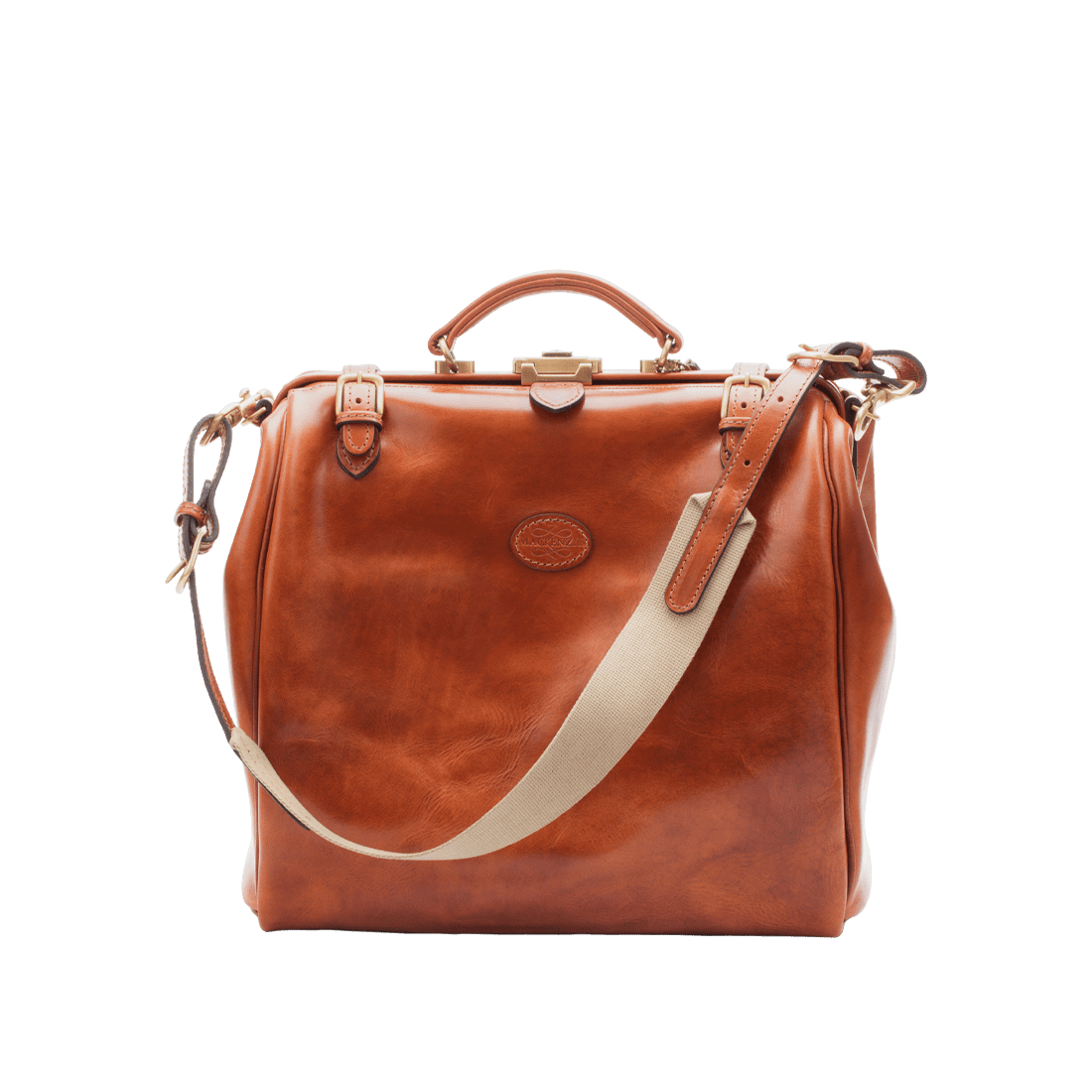 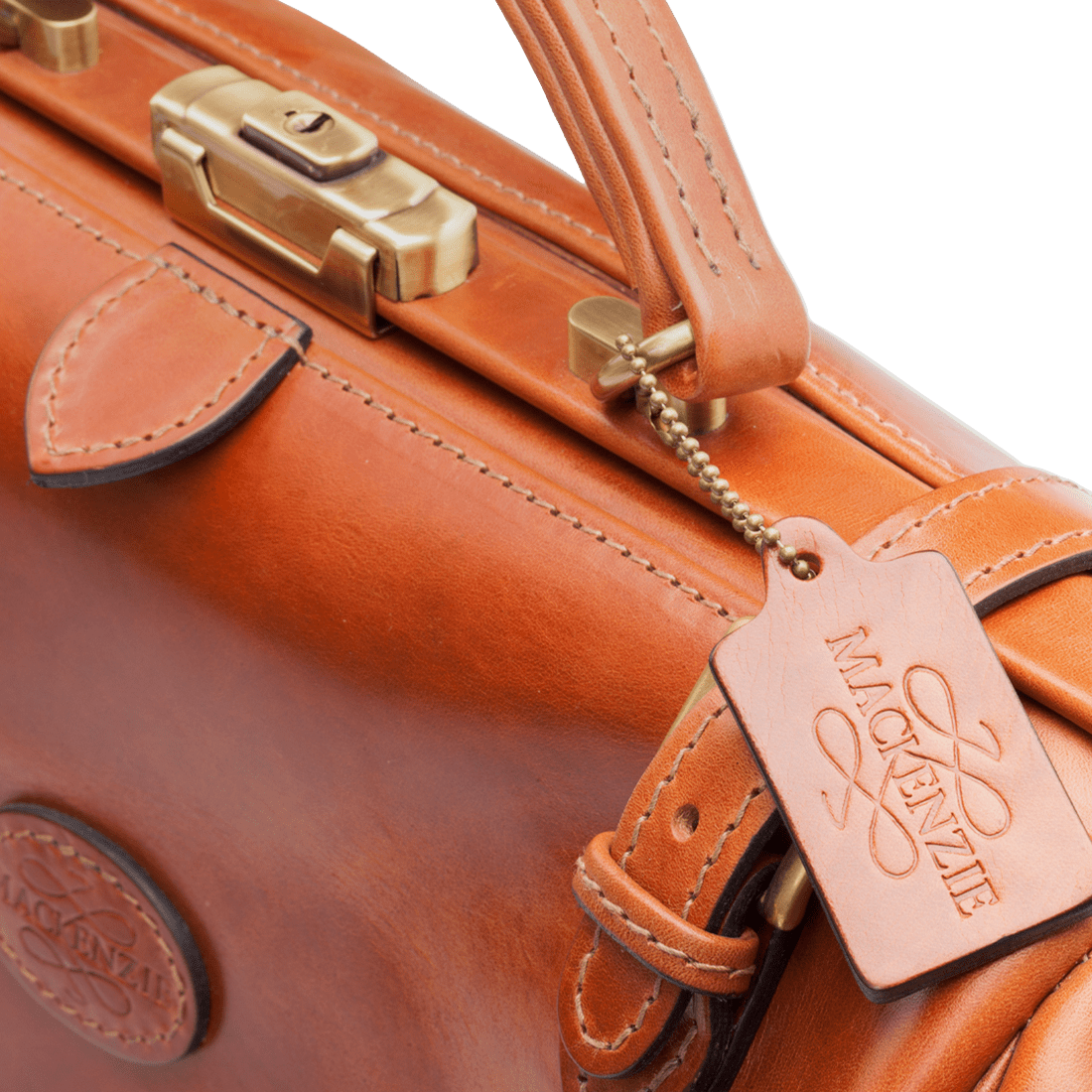 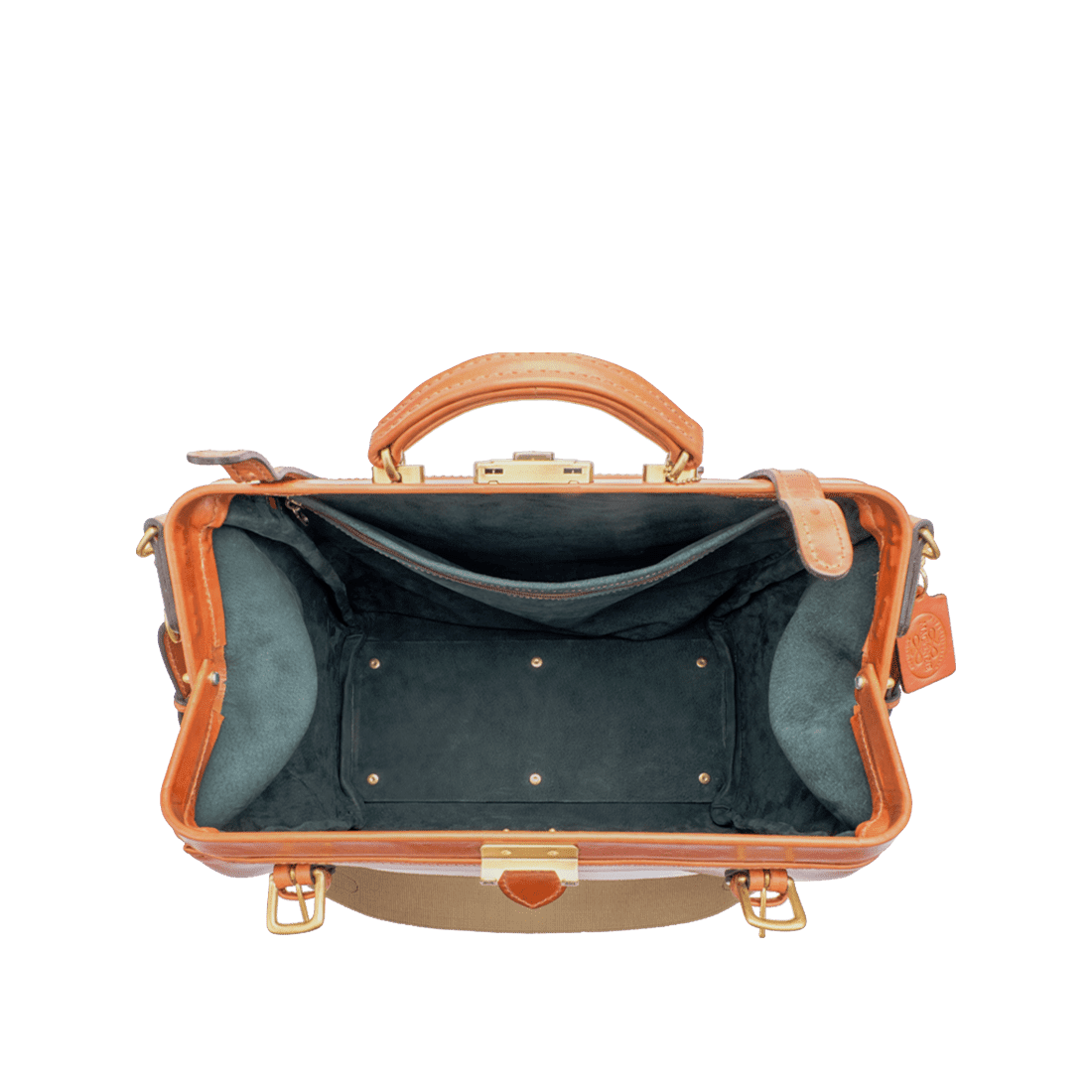 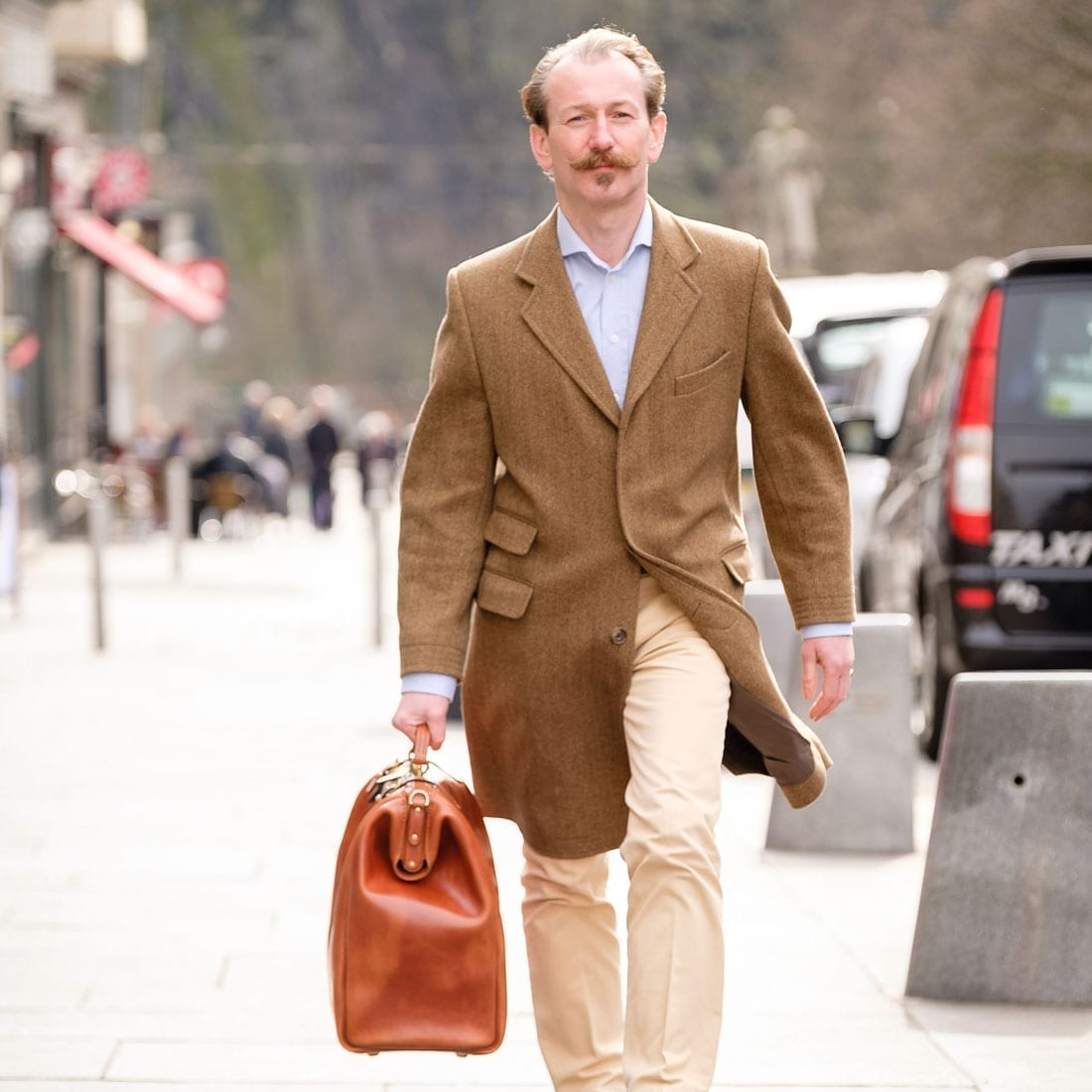 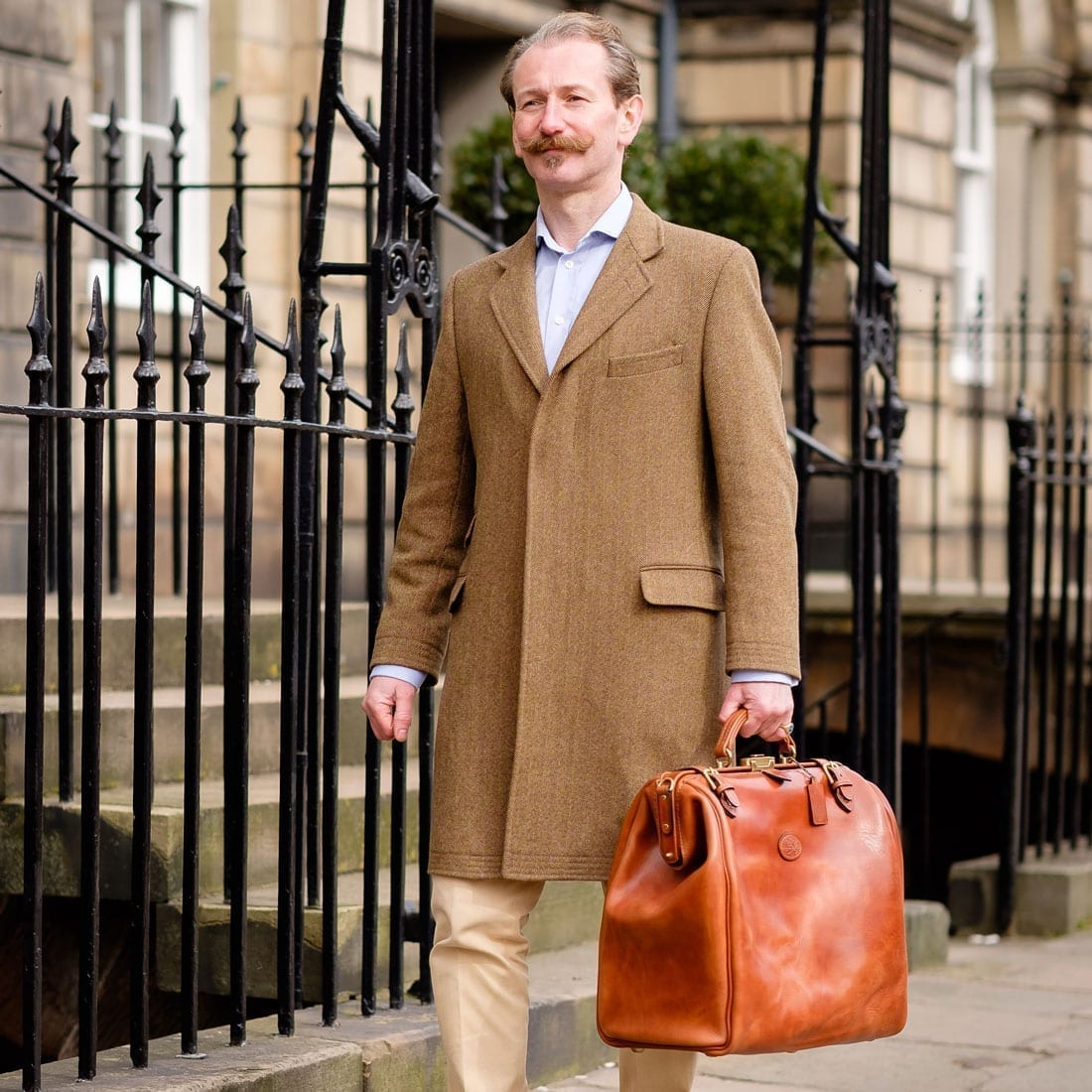 It’s an icon. A bag full of character and crafted by our
talented team year on year. But where did the design
come from? And how did it become so popular? Read more in description below.

Scroll down to discover more about The Gladstone Leather.

The Gladstone Leather has been the pioneer of the Mackenzie collection since we established our trade back in 1990. Sometimes known as a Doctor’s or Physician bag, our original design has been perfected over the years, using Mackenzie cuts, fastenings and flair to create our signature product. Even in the relatively short time since we adopted the name, it’s become a timepiece of history.

The Gladstone design makes it very accessible and allows you to pack your belongings for all kinds of trips. Inside, you will find a main compartment, as well as a large pocket that’s ideal for items such as small laptops, tablets, cables and wash bags. The bottom of the bag is reinforced, and it has solid brass feet on the underside to keep it off the ground.

At Mackenzie Leather, our take on the iconic Gladstone bag is centred around quality. We only use the finest Italian hide leather that gradually gains character over time, giving your bag a beautiful and distinctive worn charm over the duration of it’s long-lasting life.

There are no reviews yet.

Be the first to review “The Gladstone Leather” Cancel reply